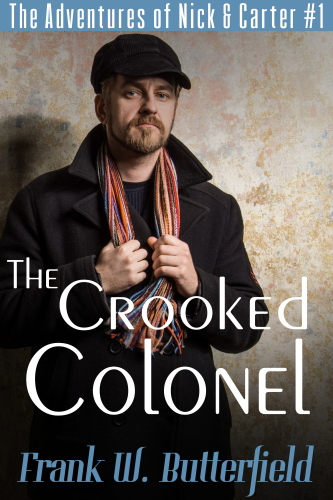 The Adventures of Nick & Carter #1

After a night of revelry at their newest hotel, the Hopkins Excelsior, in Viña del Mar, Chile, Nick and Carter head up the coast for some surfing along with their nephews, Kermit and Ernie.

Once there, they meet up with two interesting characters.

The first is a sweet gal in her early 20s who shows up in the strangest places but always at the right time.

The other is a strange and very much out-of-place American military officer.

One thing leads to another, and before Nick and Carter know what's happening, they find themselves embroiled in a conspiracy that could have serious international implications.

From the coast of Chile to a Spanish town in the hills of the Basque Country and all the way to the halls of Buckingham Palace, Nick and Carter are hot on the heels of The Crooked Colonel!

About The Series: The Adventures of Nick & Carter