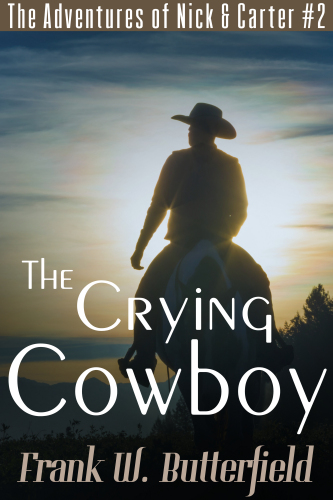 The Adventures of Nick & Carter #2

Nick and Carter are home, at last, from nearly three years of roaming the world and are glad to be back in the City by the Bay.

It just so happens that their return coincides with the filming of Monumental's newest TV show at the Folsom Street studio.

Lola Dunbar, hot off Monumental's most successful series to date, is getting her own spin-off!

Everyone is excited about the second black actress to lead a cast on network TV, following Diahann Carroll's big hit on NBC as Julia.

Well... truth be told... not everyone is excited.

Lola's leading man is turning out to be a real handful, for one thing...

Potential sponsors are concerned about how the show will be received in the South...

And the network hasn't given the show a timeslot yet...

Nick, who really hates TV, is unexpectedly thrown into the role of managing a production that is threatening to spin out of control.

And that's just where things start in Nick and Carter's next adventure: The Crying Cowboy.