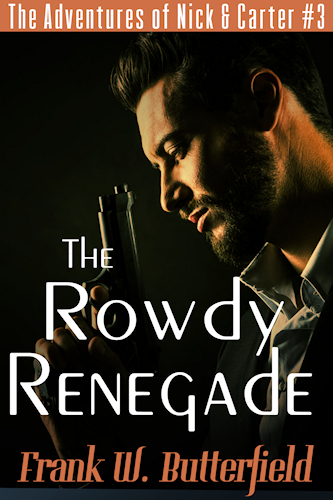 The Adventures of Nick & Carter #3

Production of Monumental's newest TV show, Touch of Rouge, is on the rocks.

The leading man broke his leg...

The show's writer is quitting...

The press is having a field day with the latest changes in the storyline...

And no one quite knows what to make of Nick Williams, the show's newly self-appointed Executive Producer.

Neither does Nick, for that matter.

Meanwhile, he and Carter are trying to live their lives as bodyguards are following them wherever they go.

A group of rogue intelligence agents are out to get them for no good reason anyone can come up with other than the obvious ones: Nick and Carter are too rich and too gay.

Is this the end of our heroes? Don't change that dial! Stay tuned for more of The Adventures of Nick & Carter in The Rowdy Renegade!