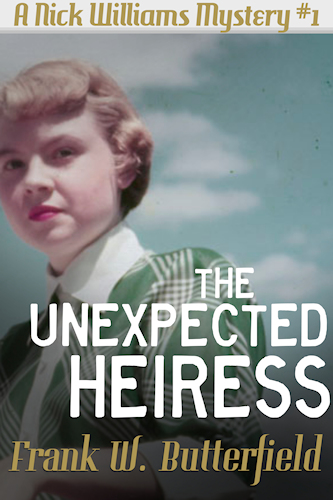 Nick Williams, a private investigator in San Francisco, receives a late-night call that his sister is dying following a freak car accident.

After rushing over to the hospital with Carter Jones, a fireman and the love of his life, he arrives just in time to say good-bye to the last member of his Nob Hill family he could stand to be around.

Once the cops get a chance to take a look at the car, it becomes obvious this was no accident.

And, with that, Nick is hot on the trail to bring his sister's killer to justice. And it's a trail that reveals plenty of surprising secrets about his sister and their family.

Will Nick be able to find the murderer and stop them before they can strike again?

Find out in the fast-paced adventures of the case of THE UNEXPECTED HEIRESS!