Where do I begin?

All of my novels are in the same universe, meaning that they share characters and story lines. But not all stories have the same structure, use the same kind of POV, nor are they all in the same genre...

I write primarily in four kinds of genres:

→ Mid-century forward.
→ Lots of attention to specific detail.
→ My goal is for you to feel like you're there (and, according to readers, I mostly succeed).

→ Primarily between men, although not exclusively.
→ Not formulaic.
→ Lots of what the kids call "insta-love."
→ Ongoing relationships (Nick and Carter's will end up being the longest at just shy of 61 years).

→ Channeling (but not mediumship).
→ Meditation and intentional manifesting.
→ Ghosts (but never scary ones).
→ Minor discussions about how the universe works.

I write with three kinds of POV:

Here are some choices to get you started

Where it began: The Unexpected Heiress. 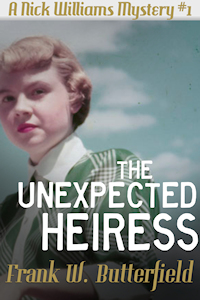 Here we meet Nick Williams, a wealthy private investigator living in San Francisco with Carter Jones, the love of his life. In this fictional universe, Nick and Carter inadvertently become the first gay men to be publicly outed long before the term was known. Being wealthy helps, but it doesn't solve every problem.

This is the first novel I ever wrote, is the first story in The Nick Williams Mystery series, and begins in May of 1953.

POV: Nick is the first-person narrator. 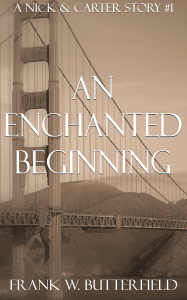 These are five novellas that go through the first few years of Nick and Carter meeting and then building a life together (1947-1950).

Perry Mason at the beach with a gay twist: The Sailor Who Washed Ashore. 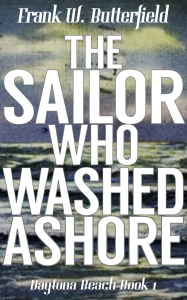 Here we meet Tom Jarrell and Ronnie Grisham who've been in love since they met in high school. They live in Daytona Beach in Florida in the late 40s. Tom is a lawyer and Ronnie is a private investigator.

This is the first story in The Daytona Beach Books series.

POV: Flows between Tom, Ronnie, Marveen, Alice, and Howie being third-person limited POV narrators which gives us some deep insight into what is happening.

A contemporary romance with a metaphysical underpinning: Chasing Eddie. 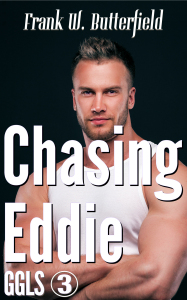 In January 2019, we get to meet Eddie Smith, a chubby bear of a guy who lives in Daytona Beach. His friends set him up to meet Whit Hall, who's just retired from the NFL, is deeply closeted, and is trying to figure out what to do with the rest of his life. This is a personal memoir, of sorts, for me (Eddie and I share personal history up to 2014) and is the prequel to The Romantical Adventures of Whit & Eddie series.

POV: Eddie is the first-person narrator.