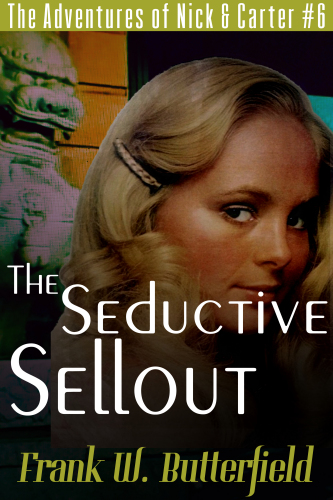 The Adventures of Nick & Carter #6

Nick and Carter are flying to Hong Kong aboard their private 707 jetliner.

It's been 16 years since their last trip there.

The last couple of weeks have been a whirlwind of activity as they've identified a major drug pusher and found body after body along the way.

After all the dust settled, they now know exactly who the killer is.

With major governments blatantly refusing to do anything, it's up to Nick and Carter and their folks at WilliamsJones to take care of this particular problem.

But, when the time comes and a decision has to be made, it's really up to Nick.

And, until the very end, he's still not sure.

Is this who they are?

Do they eliminate problems and walk away with blood on their hands?

Or do they let someone else do all the dirty work?

Find out in The Seductive Sellout, the final book in this thrilling trilogy of intrigue, murder, and, in the end, redemption.

This is the third and final book in a trilogy beginning with The Sordid Socialite and The Seductive Sellout.

About The Series: The Adventures of Nick & Carter