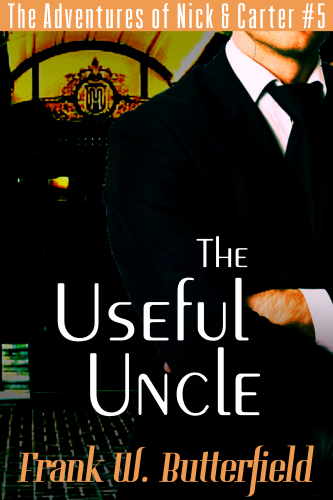 The Adventures of Nick & Carter #5

Nick has just met his mother's side of the family, including a distant cousin who's a sophomore at Cal over in Berkeley.

And he's done so in time to realize the girl is trouble in more ways than one.

Meanwhile, having discovered that a form of heroin is being passed around San Francisco's social set, Nick and Carter are now attempting to track down whoever is behind the distribution of the drug.

Their pursuit leads them to Lake Tahoe for a curious run around the Nevada side of the lake, going from casino to casino.

Later, they make it to the literal top of the Mark Hopkins Hotel where they find a grisly scene of murder and mayhem.

Once all the clues are sorted out, they're sure they know who is behind everything and why. Or mostly why.

But will Nick and Carter be too late to stop the killing before another dead body is added to the pile?

Read The Useful Uncle and find out!

This is the second book in a trilogy beginning with The Sordid Socialite and ending with The Seductive Sellout.