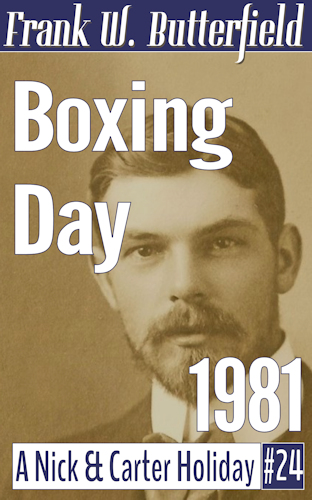 It's Boxing Day and Nick and Carter are renting a sprawling 19th century house in the heart of Auckland, in New Zealand.

The sun has barely risen when Nick sits up in bed after hearing the sound of a woman screaming.

While Carter rolls over to go back to sleep, Nick investigates the house next door where he finds a corpse who's been stabbed in the back.

Once the police detective arrives, he asks Nick and Carter for their help.

What they turn up is an unexpected connection to a sad and sorrowful time in their past...

In the end, however, some old ghosts finally find peace and so do Nick and Carter.

About The Series: A Nick & Carter Holiday