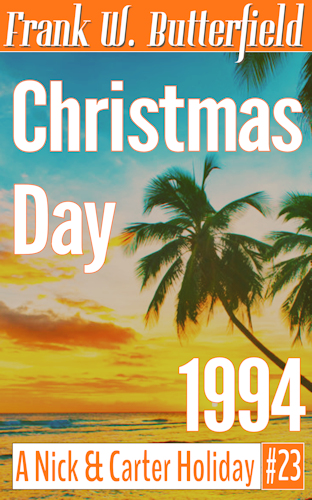 It's Boxing Day and Nick and Carter are flying on their customized 767, The Lumberjack 3, from Sydney to Pago Pago.

And, actually, when they get to their destination, it will be Sunday, the 25th of December—Christmas Day—again.

Anyway, on this second Christmas Day of 1994, they're going to finally fulfill the dying wish of an old friend who once got them out of a big jam.

And, along the way, they'll make some new friends, uncover a hidden secret or two, and finally solve a thorny problem they've had for the last few years.

Join them, won't you, for all the fun of not just one Christmas Day, but two!