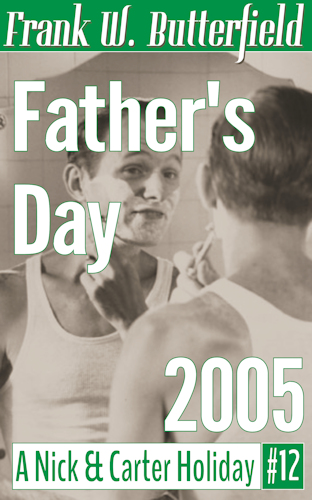 It's Father's Day and Nick Williams is a little sore and a little hungover from attending Mayor Jerry Brown's wedding in Oakland the day before with his ex-fireman of a husband, Carter Jones.

They're having breakfast later that morning with the two kids who've become like sons over the past couple of years.

After that, it's lunch at the Top of the Mark with even more friends.

Nick is looking forward to another big day.

And, given the holiday, it's hardly surprising when more than one father shows up.