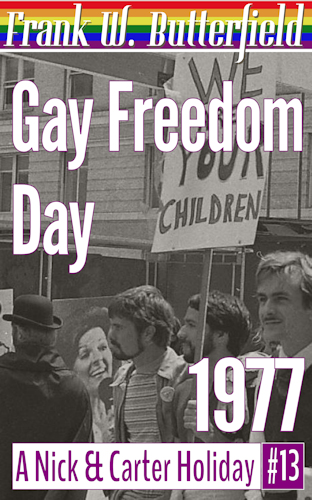 It's a foggy Sunday morning and Nick and Carter are hosting a breakfast brunch at their house on Sacramento Street.

It's the perfect way to start off a day that will include the Gay Freedom Day Parade which is promising to be bigger than ever!

However, Nick is running late and is still getting dressed when a friend from Florida knocks on the bedroom door.

Turns out he wants Nick to have a quick meeting with a client which ends up being quite surprising, to say the least.

But love is still love and, by the end of the day, Nick is in Carter's strong arms, and all is as it should be.