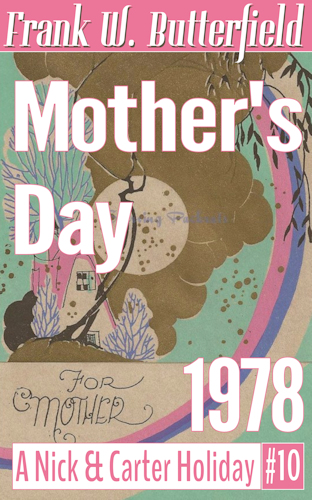 It's 3 in the morning and Carter is dancing the night away at the Trocadero Transfer.

Nick, being his dutiful husband, is along for the ride.

Truth be told, Nick never wanted to rock around the clock back in the 50s and he certainly doesn't wanna get down and boogie, either. Whatever happened to dancing cheek-to-cheek?

So, while Carter wows the crowd with his shirtless gyrations, Nick chats with friends who stop by as he maintains his perch upstairs and keeps an eye on the show happening down on the dance floor.

As time drags on, however, Nick decides to have a seat and maybe rest his eyes for just a moment...

Before long, he's in Paris with his Uncle Paul and watching Josephine Baker do the Charleston.

This Mother's Day will be one Nick will remember for a long, long time.