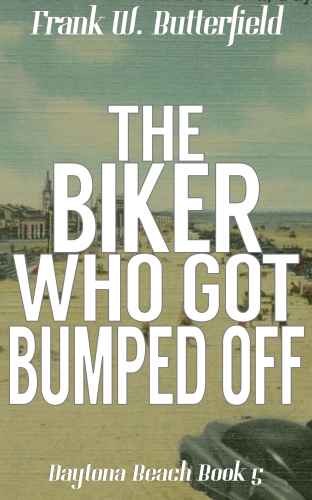 The Biker Who Got Bumped Off

It's murder by the beach. Buddy Kennedy claims he's innocent but the state wants to send him to the chair. Will Tom and Ronnie be able to protect their biker client from the ultimate slide out?

It's a rainy morning on Friday, the 12th of March in 1948, only two days before the big race on the beach down by Ponce Park.

The festivities surrounding 1948's Daytona 200 bike races are in full swing and the party is bigger, busier, and louder than anyone can ever remember.

Sadly, there are three deaths while the bikers are in town.

One is a rider who suffers an accident during the big party on Main Street.

Another is a spectator out at the races on the beach who is hit by a rider.

The third is stabbed during a late-night fight.

Tom Jarrell takes on the task of defending the man accused of committing the murder.

Ronnie Grisham hits the streets trying to find out what really happened.

There are a few snags, however...

No one's sure who the victim really is...

The cops stand behind their open-and-shut case...

Will Tom save his client from the electric chair?

Will Ronnie find the real murderer before he can strike again?

Read the thrilling tale of The Biker Who Got Bumped Off and find out!