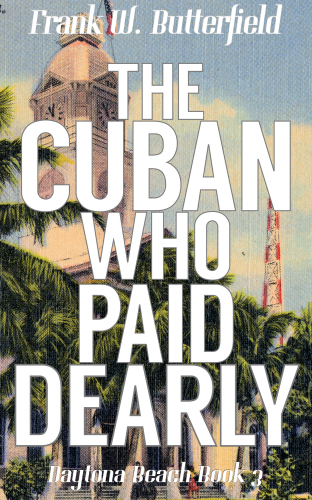 The Cuban Who Paid Dearly

It's Thursday morning, the 2nd of October in 1947, and Ronnie Grisham and his pal, Tom Jarrell, are now married... To women, of course...

And, for appearance's sake and to get a much-needed break from work, Ronnie figures they really should go on a honeymoon.

So, the two couples board the southbound Champion for Miami. It's all aboard for romance! But not in the way their fellow passengers would imagine, no doubt.

Once there, they get a chance to see Miss Doris Day, who is touring with Les Brown and his Band of Renown. And a good time is had by all!

But all good things must come to an end and, after dropping the gals off at the airport, the guys rent a car and hit the Overseas Highway to head down into the Florida Keys.

Just when it looks like Tom and Ronnie will finally get some time to themselves, a friend of theirs comes across a dead Cuban and is found holding the gun. He says he didn't do it, but the State's Attorney isn't convinced...

Looks like it's back to work for Daytona Beach's most infamous lawyer and his private dick!