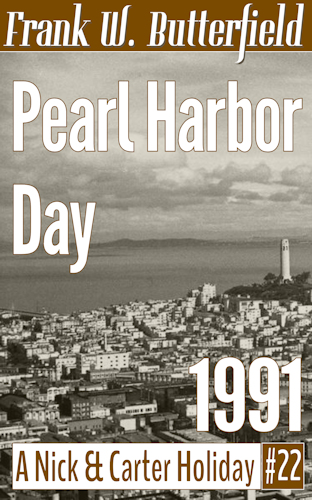 It's the fiftieth anniversary of the attack on Pearl Harbor, an event that propelled the United States into the Second World War.

Mike Robertson has decided he wants to take Nick and Carter out for dinner to clear the air about something that happened way back then.

But then some other friends get involved and they end up in the last apartment that Nick and Mike shared before the war.

And Mike is cooking his famous pot roast, the only thing he really knows how to make.

Over dinner, Nick begins to tell his version of the events that happened fifty years ago in that very same apartment.

Needless to say, it's definitely going to be a night to remember!