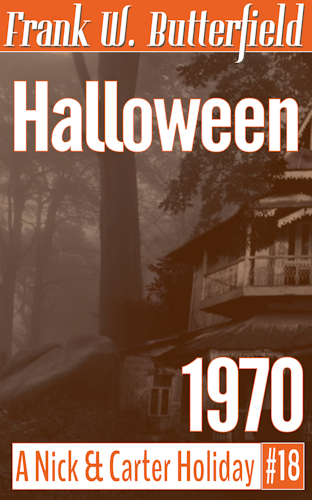 It's Halloween! Nick and Carter are heading down to San Luis Obispo where they're hosting a party for their favorite actress, Miss Lola Dunbar!

For reasons best known to himself, Nick insists Carter drive the Cougar down California Highway 1 instead of taking the short flight south in one of their private planes.

However, in spite of the fact that the weatherman promised a sunny and warm day, the coastal road is engulfed in a thick fog.

Just outside the tiny hamlet of Vineland, a green panel van appears out of nowhere and forces Carter off the road, causing a flat tire in the process.

Turns out they're stranded with a group of kids from the Southland just outside the iron gates of abandoned Hunter Hall.

They soon realize it's no coincidence they're all there at the same time!

Nick and Carter lead the others inside the creepy mansion to uncover the secrets of a ghostly Confederate colonel, his lost bride-to-be, hidden passages, and more!