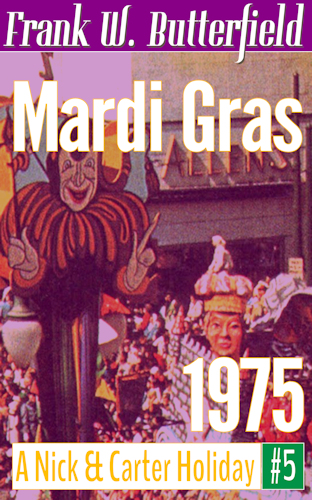 Nick and Carter are in New Orleans, the Big Easy, for their first trip to Mardi Gras!

When Nick first opens his eyes that morning, he realizes he has a big hangover and no memory of what happened the night before.

Over a breakfast of coffee and grease, Miss Wanna Man, a local drag queen in the French Quarter, swings by to give Nick the Tea and let him know to watch his back. Apparently, he's insulted Mr. Reginald Beauregard Jackson, III, who lives in the Garden District and that could mean bad news for Nick.

It's an adventurous Fat Tuesday for Nick and Carter as they are confronted by the past and help a new friend embrace his future as only someone under Nick's matchmaking spell really can.

As they say down in New Orleans, "Laissez les bons temps rouler!"