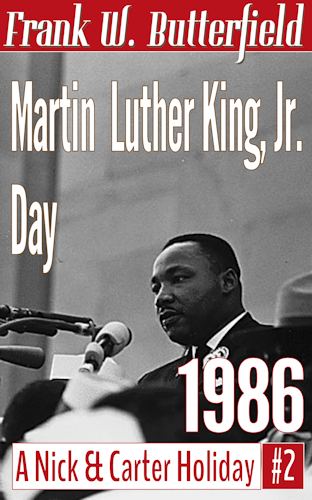 It's the first holiday celebrating the life and work of Dr. Martin Luther King, Jr., and San Francisco is having a parade!

Nick and Carter are marching with Mrs. Geneva Watkins, the last living member of the powerful group of women Nick once affectionately dubbed The Four Terrors.

She's 78 and has worked hard, in her particular way, to make this day happen.

But the day starts off like many days in San Francisco during the mid 80s start off...

Nick receives a call about yet another death.

He and Carter drive over to Mission Street to deliver the news.

And the morning only goes from bad to worse.

But, in the end, the march for freedom continues even in the middle of tragedy.

After all, as Geneva reminds everyone, "Life has to go on. We, the living, owe it to the ones who left us behind."