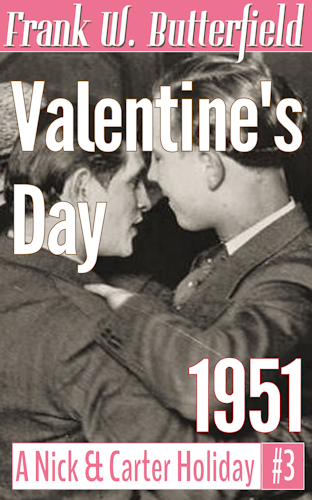 That's the mystery Nick Williams is trying to solve.

He's a small-time private dick in San Francisco with a big-time trust he inherited from a rich uncle during the war.

With the help of his new secretary, Marnie Wilson, Nick is hoping he can come up with something that will let Carter Jones, the fireman he shares a house and a bed with, know how much he really loves him.

With a little luck, and some help from both friends and family, Valentine's Day of 1951 might just be one they'll both remember for a long, long time.