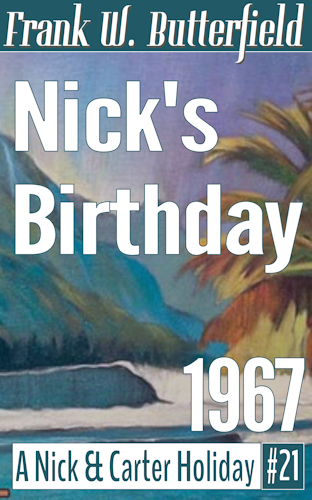 It's Nick's birthday and he's turning 45!

After quietly living on Kauai for several months, Nick is happy to be doing not much of anything apart from reading the mail shipped in weekly from San Francisco.

He certainly doesn't want a fuss made over his birthday and he's made that clear to Carter.

After lunch, however, he takes a nap and has another dreamtime conversation with Pele who always appears to him in male form.

Pele says that he's giving Nick two presents for his birthday and Nick is powerless to refuse, of course.

In the end, it might just be Nick's favorite birthday to date.