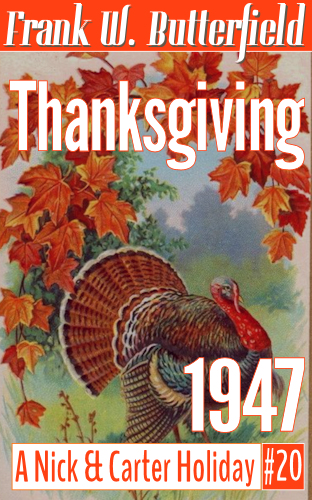 It's Thanksgiving and Nick is cooking a veritable feast!

Roast turkey, sausage stuffing, mashed potatoes, an assortment of vegetables, and even Nick's first attempt at an apple pie are all on the menu.

Nick and Carter have been dating for just over three months and it's their first holiday together.

It's also an opportunity for Nick to introduce Carter to all his friends.

Jeffery is out of town... Mack is in one of his moods... Janet isn't returning Nick's phone calls...

At least Mike is available to join Carter and Henry for dinner at Nick's new apartment on Jones Street.

So, won't you join in on all the food, the fun, and the festivities?

What can go wrong when two new lovers bring their old flames to dinner and everyone gets a chance to meet?