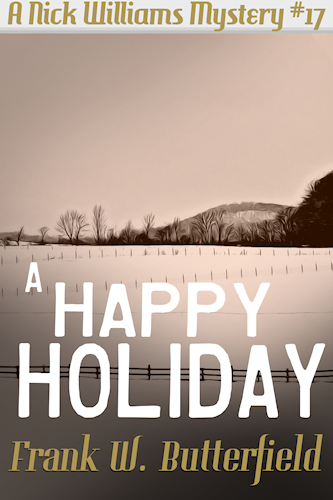 It's early in the morning and Carter is worried that he and Nick won't be warm enough for their Christmas trip to Vermont.

Nick, for his part, is wondering if they will ever be able to return to the big pile of rocks he's finally come to love. An exile in France isn't the worst thing in the world but still...

But before they can get much more than halfway from San Francisco to Vermont, they discover that the mob is after them and is on their tails, chasing them across the country as they take planes, trains, and automobiles.

They finally get to Vermont, all covered in freshly-fallen white snow, and begin to wonder if it will be their last Christmas, after all.