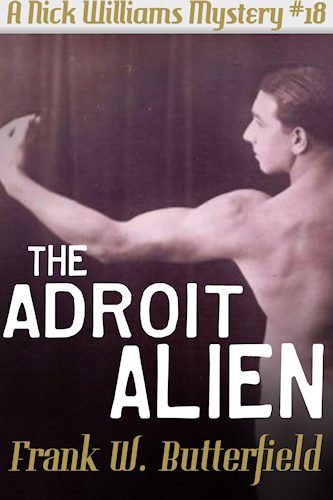 Nick and Carter have arrived safely in Paris and were even greeted at the airport by a minor government official and a small detachment of the famous Republican Guard.

After taking a week to recover from their Christmas adventures in Vermont, they're ready to move into their new house over in the 4th Arrondissement.

It takes three cabs to get the whole gang over there from their hotel and, as they stand on the sidewalk outside, none of them can quite believe what they find: a crumbling building, a trash-filled courtyard, several broken windows, and, as Nick tentatively pushes the front door open, the stench of a rotting corpse.

The police know that none of them could possibly have committed the crime but what about the mysterious Madame Marika, who has suddenly disappeared? Is she back behind the Iron Curtain? Or has she too been murdered?

The entire household gets involved in solving the mystery, dashing around the city that is their new home, and discovering, in the end, the bonds of love and friendship they have brought with them from San Francisco, across the Atlantic Ocean, and to La Ville-Lumière—Paris: The City of Light.

And that's only the beginning...