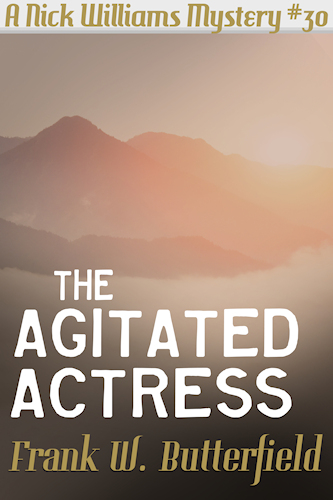 Nick and Carter are just finishing breakfast in their kitchen on Sacramento Street when the phone rings.

The caller is Ben White, head of Monumental Pictures, and he's calling Nick to report that the fog that has been sitting on the Bay Area for the last day or so is about to pay off.

The producers of TV's The Big Valley want to get some shots in the fog for an upcoming episode and and they're already setting up at the Monumental back lot up in Sonoma County that afternoon.

Miss Barbara Stanwyck, star of the series, has also asked to meet with Nick, who grudgingly obliges.

The next morning, when the fog is thicker than anyone can ever remember, Miss Stanwyck stumbles across a dead body.

With no way for the sheriff to get to them through the pea soup, Nick and Carter are left to find the killer before he, or she, strikes again.