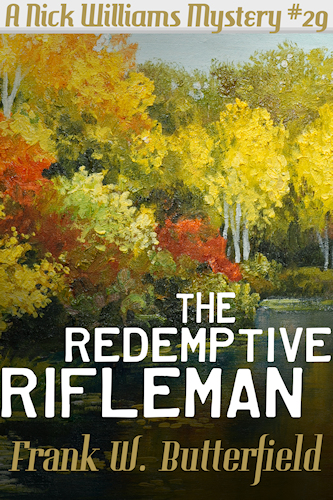 It's the day before Thanksgiving and Nick and Carter have been in Paris for nearly a month when an early-morning call brings the news they've both been dreading for three years: Louis Jones Richardson, Carter's mother, has passed away in her sleep. The funeral will be on Monday in her hometown of Albany, Georgia.

With that, Nick is determined to find a way to get into Georgia since, in 1953, he and Carter signed an agreement they wouldn't enter the state without permission. And, in spite of the sad circumstances, neither the district attorney in Albany nor the state's attorney general are inclined to let them in.

Help comes in the form of two of their operatives: Tom Jarrell and Ronnie Grisham.

Meeting up in Miami on Thanksgiving Day, the four of them make the trek north and surreptitiously cross the Georgia-Florida state line in the early morning hours of Friday.

At Belle Terre, a plantation-style house nestled between cotton fields and the banks of the Flint River south of Albany, Nick and Carter begin to play hosts to friends and family who come by to pay their respects, since neither man will be able to safely show their faces on the day of the funeral.

But then something unexpected happens that turns a time for grieving into a devastating tragedy...