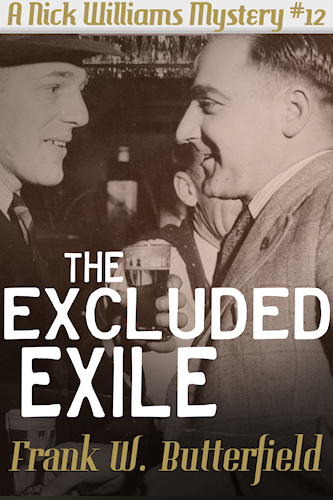 Nick and Carter are Down Under in Sydney at summer's end and are looking forward to finally having time to spend at the beach so Carter can get in some surfing while Nick works on his tan as a surf widow.

Everything is going to plan until they forget to make it look like they slept in both beds and are asked to leave their hotel. Fortunately, they're able to rent a house in the Eastern Suburbs atop a cliff that is two hundred feet above the Pacific. The house is perfect, with new furniture, an ocean-facing sunroom, and a housekeeper.

But then it starts to rain. And a dead body turns up in the kitchen, clobbered with a cast-iron skillet.

The questions start piling up. Who cleaned up the blood after the body was removed? Whose car is that parked at the end of the street? Will they ever make it to the beach?

In the end, it's another trans-Pacific adventure for Nick and Carter that leads home in a number of unexpected ways.