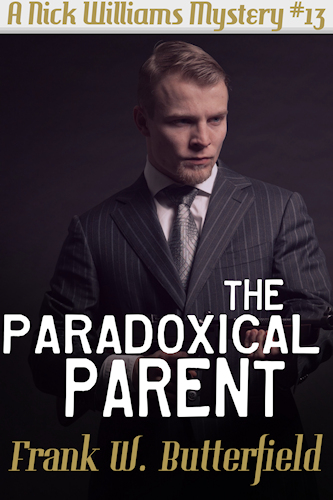 It's been a big year for Nick & Carter and they are finally back home in San Francisco, trying to take it easy after all their globe-trotting adventures.

But, there's no rest for the weary, not yet, as Nick learns about the last place his mother lived before she died and is off again, across the country, going from the warm waters of the South Pacific to his first real-life snowstorm in New England.

As he and Carter, helped by Frankie & Maria Vasco, meet some of the people who once knew Nick's mother and learn more about who she was and who she loved, they also encounter one of the most disturbing things to come from Nick's own past.

After a policeman is murdered and other innocent people are threatened, Nick realizes it's time to put a stop to a killer's madness, even if it means that he has to pull the trigger himself.