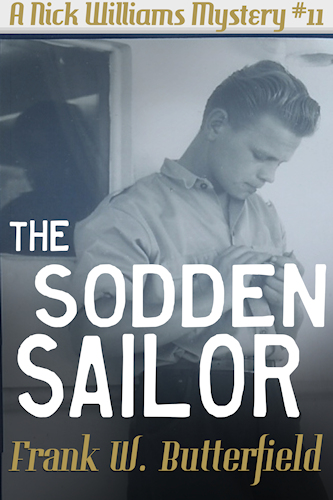 It's Sunday night and Nick has decided he wants to get back in the kitchen to make a couple of pans of lasagna for dinner, something he hasn't done since he and Carter moved into the big pile of rocks on Nob Hill.

Captain Daniel O'Reilly, pilot of The Flirtatious Captain, is bringing a friend for dinner. Instead of his latest love interest, the captain introduces Nick and Carter to an old friend, a man who is on his last legs and who has a favor to ask: can Nick and Carter help him get his girl and her son out of Red China?

That's where things begin but it's far from where they end...