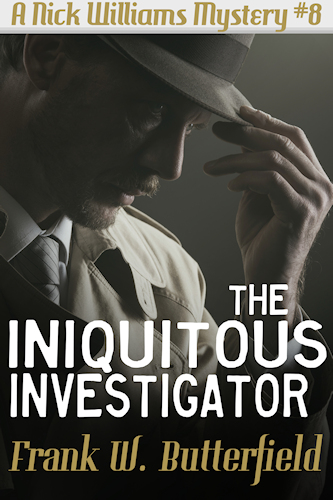 Mildred's Diner just isn't the welcoming place it once was. Looking forward to a nice breakfast, including that chewy bacon that Nick and Carter both love, they're asked to leave. Mildred has gone back to Texas and word is they "ain't welcome."

But it's a sunny July day, so Nick puts the top down on the Roadmaster and they head across the Golden Gate to Sausalito for eggs, bacon, toast, and coffee. But it seems like trouble follows them along the way and, before they know it, Nick and Carter are sitting in jail for vagrancy.

After making bail, the whole team is on the job figuring what the heck is going on in sleepy Sausalito while also chasing down the missing Mildred, who may have been kidnapped or worse!