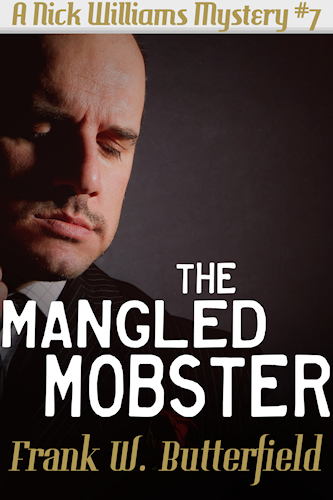 Construction on the new twenty-story building for Consolidated Security at the corner of Market and Montgomery is ahead of schedule, thanks to Henry and Pam. Nick is looking forward to his office on the nineteenth floor. The twentieth floor is designed to be a restaurant. He's hoping for French or Italian. Carter wants something with less garlic.

But then an unknown man falls from the top of the steel skeleton and things grind to a halt.

That's just the beginning of a tale of mobsters, refugees, and The Old Poodle Dog that twists and turns its way to a thrilling conclusion.

In the end, it's an adventure for Nick, Carter, and the whole gang in the City we love the most: Baghdad By The Bay.