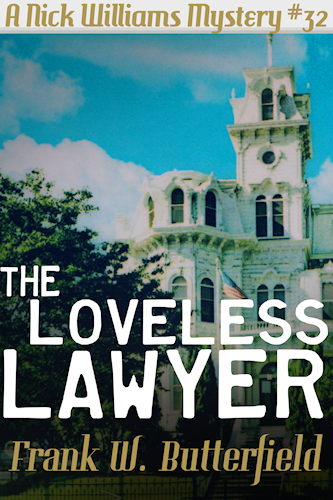 The new year has arrived and it's cold.

Nick and Carter feel it more than most since they're just off the plane after three weeks in Brazil.

Meanwhile, Jeffery Klein, Esquire, Nick's ex-lover, ex-lawyer, and ex-friend, is back in town.

Jeffery is being blackmailed. And not for chump change.

After some husbandly nudging from Carter, Nick agrees to look into who might be behind the outrageous demands for money.

Almost before they know it, Nick and Carter have discovered the real scandal behind the blackmail.

It's juicy. It's salacious. And it goes back quite a few years.

And, to their surprise, tracking down the blackmailer leads from San Francisco to Sacramento and the office of the Golden State's newest governor, former actor Ronald Reagan.

What will the Gipper think when he realizes what's been happening under his very nose?