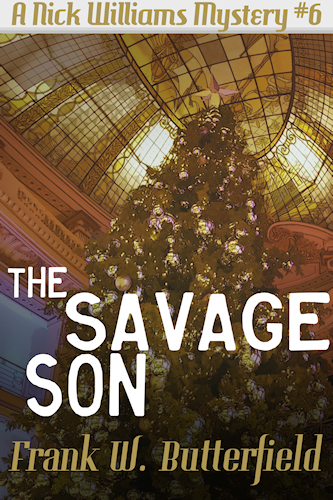 Ivan Kopek is missing and his parents desperately want Nick's help. Ike, as he's known to his friends, is quickly found once Nick, Carter, and their pals are on the case. Unfortunately, Ike's in jail for a murder he didn't commit. And it was only because he didn't get the chance to do it himself.

But, Carter wants a Christmas tree and Dr. Parnell Williams, Nick's evil bastard of a father, has summoned them both to the mansion on Sacramento Street for Christmas day at 12 noon. And they're not to be late.

In the end, Christmas brings Nick & Carter a number of unexpected and life-changing packages, both big and small.