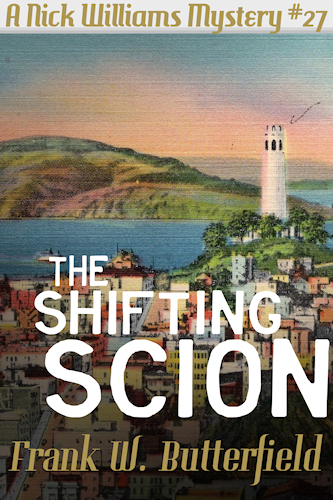 Nick is in trouble. He's obstructing justice and might possibly be an accessory to murder, after the fact. The cops are on to him and his lawyer is very concerned.

How did this happen?

It's all because Sam Halverson, a close friend and an operative for WilliamsJones Security, has murdered a man and is on his way to Mexico to hide out from the law.

Meanwhile, Nick's latest attempt at matchmaking appears to be falling apart. It seemed like such a perfect pairing but, apparently, the prospective couple won't be living happily ever after.

Will justice (and love) prevail?

Find out in this, the second book in a three-part story arc (beginning with The Derelict Dad), that's all about what happens when a father, who has abandoned his family to find his fortune, finally has to come to terms with his past.