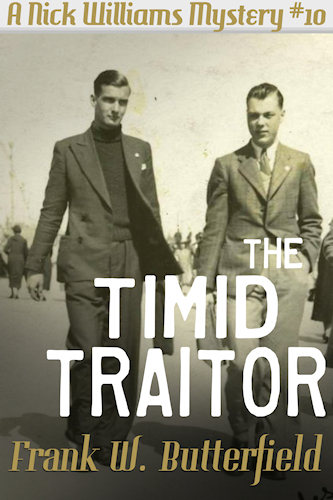 It's a cold January morning. As Nick and Carter sip their hot coffee in an attempt to stay warm, passers-by are stopping to gawk at San Francisco's newest skyscraper at 600 Market Street. The grand opening goes off without a hitch (and without the Mayor or anyone else of note, for that matter).

Meanwhile, back on Bush Street, Nick has a new client. Her name is Mrs. Anne-Marie Boudier. She's charming. She's chic. She was at Marnie's wedding on the groom's side. And she wants Nick to find her long lost husband.

So she can kill him.

And so begins a twisting and turning escapade of old secrets and new betrayals that will eventually take Nick and Carter across the Atlantic Ocean as they finally discover who the real traitor is.