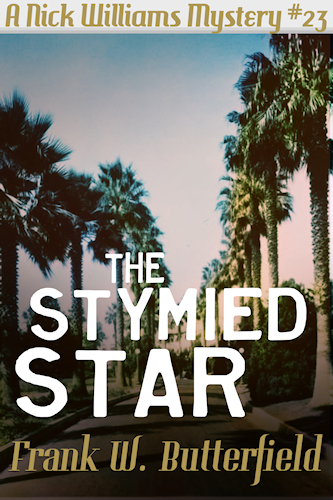 It's three in the morning when the newly-installed Princess phone (with illuminated dial) next to Carter's side of the bed starts to insistently ring.

Raymond Burr from TV's Perry Mason is calling and he's in a bit of a pickle.

Someone stashed a corpse in his on-studio cottage and he's worried about how this might affect the show.

Nick and Carter fly down where they find a handsome stiff. He was a former personal assistant and wanna-be actor who turned to one of the best-paying gigs in town: male companion.

And he had a little black book chock full of famous names, home phone numbers, and careers that could easily be ruined.

But only one of them is a murderer and it's up to Nick and Carter to find out who it might be...