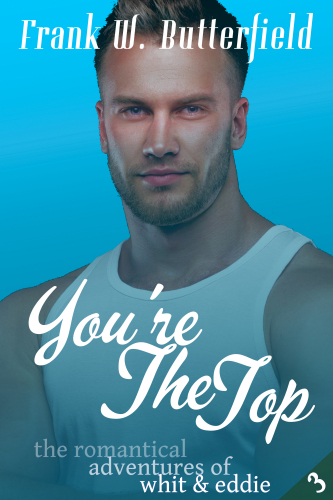 The Romantical Adventures of Whit & Eddie #3

Howdy! I'm Eddie Smith and this is the story of my third romantical adventure with my new husband, Whit Hall.

OMG! Can you believe we got married?

Well, anyway, we did and it's been three and change mostly blissful months and, well, that thing that everyone asks us about still hasn't happened...

Not that I'm in any sort of rush. Whit and I still have lots of fun in all sorts of, uh, creative ways.

In case you're wondering, the world's oldest teenager, Ronnie Grisham, is still alive and butting his nose in other people's business, namely mine and Whit's.

Now he's got it in his head that we need to move even though we just bought a house in Ormond Beach, just north of Daytona. Kids these days... Watcha gonna do?

Meanwhile, that made-for-TV movie that everyone's been talkin' about is set to start shooting in a day or two in a place called Hope (LOL) up in British Columbia. Because, you know, this kinda movie always gets made in Canada.

To get ready for his close-up, Whit's been down in Miami working with a touchy-feely guy who's been giving him a crash course in how to act in front of a camera. He's driving back up right now and is due home any moment, so I can't talk for long.

Let's see... Was there anything else I wanted to mention?

And my friends in Orlando still think I've lost my mind and that I got married and bought a house too fast. That doesn't keep them away from the pool and the great view of the river, though.

And my mom is doing fine in Austin. Whit's mom has been on radio silence even though she's been to see President Trump. Twice. Oh well...

I'm so excited about going to Canada and watching Whit become a movie star. Woo hoo!

I can't wait to find out what happens next!